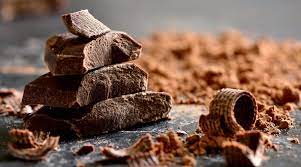 Chocolate is one of the main enemies of any diet due to its high caloric content. However, several studies associate its consumption with beneficial effects such as keeping the brain healthy or reducing the risk of colon cancer and stroke.

This list is now joined by atrial fibrillation, a heart condition that affects more than 33 million people worldwide. One in four adults may develop this condition during their lifetime.

An international team of scientists has conducted a study in which they claim to have found a strong association between chocolate consumption and a lower risk of suffering from this type of arrhythmia, one of the most common.

The researchers point out that this relationship is more significant in women who eat one serving a week and two to six servings in the same period as men. The study is published this week in the journal Heart.

Chocolate consumption, incredibly dark chocolate, has been linked in other studies to various indicators of heart health. The researchers wanted to know if it might also be associated with a lower rate of risk of atrial fibrillation.

To carry out the tests, data from 55,500 people ( approximately 26,400 men and 29,100 women ) aged between 50 and 64 years who participated in the project Diet, Cancer and Health of the Research Center of the Danish Cancer Society were used. Cancer.

This is a Denmark cohort study investigating the association between eating habits, lifestyle and cancer development in individuals recruited between 1993 and 1997 who lived in the Copenhagen and Aarhus area.

The subjects provided information on their weekly consumption of chocolate, where one serving was equivalent to about 30 grams, although they did not specify the type they ate. The most common in Denmark is milk chocolate, which usually contains at least 30% cocoa.

Data on risk factors influencing heart disease, such as diet and lifestyle – approximately one in three subjects were smokers – were obtained when selecting the study

The lower incidence in women

The monitoring period of the individuals lasted an average of 13.5 years. During that time, 3,346 new cases of atrial fibrillation were diagnosed among all participants.

After considering other factors related to heart disease, it was established that the number of people with this condition was 10% lower in the group that consumed one to three servings per month than those who ate a single serving during the same period.

The difference was also striking at other levels of consumption. For example, the risk was 17% lower when taking a daily serving, 20% less by eating two to six servings a week, and 14% less by one or more servings daily.

Differences were also found when sorting the data according to the sex of the participants. For example, the incidence of atrial fibrillation in women was much lower than in men, regardless of diet. Still, the link between the high consumption of chocolate and a lower risk of suffering from this arrhythmia was maintained even after eliminating the rest of the factors studied.

In the case of women, the strongest association, according to the study, was a 21% lower risk when consuming a weekly serving, while for men, it was 23% taking between two and six servings a week.

The authors themselves take these results with caution and warn that this is an observational study from which conclusions of cause and effect cannot be drawn and that, in addition, it has several added problems.

One of them is that the milk included in certain types of chocolate can reduce the cocoa compounds that are believed to be associated with favourable effects on cardiovascular health.

Another problem is that, in most cases, chocolate is used in high-calorie products containing fats and sugar that are not healthy for maintaining a healthy heart. Obesity is a risk factor associated with cardiac arrhythmias.

Still, the researchers note: “Although most of the chocolate consumed in our samples likely contained low concentrations of potentially protective ingredients, we still observed a statistically significantly robust association.”

Also, in Heart, Sean Pokorney and Jonathan Piccini of the Duke University Center for Atrial Fibrillation in North Carolina (USA) publish an editorial warning about the Danish study.

They note that the chocolate eaters included in the study led healthy lives and had higher education, factors generally associated with better general health, which could have influenced the data.

Second, the paper’s authors could not account for other risk factors for fibrillation, such as kidney disease or breathing problems, such as sleep apnea.

In addition, the study only included diagnosed cases of fibrillation, making it more challenging to determine if chocolate consumption is indeed associated with a lower risk of suffering from this arrhythmia or only with the apparent symptoms of it.

Lastly, cocoa levels in chocolate vary in different parts of the world, so the results may not apply in countries with lower levels.

However, Pokorney and Piccini believe that: ” Despite the limitations of the Danish study, the results are interesting and should be taken into account given the importance of identifying prevention strategies for atrial fibrillation.” 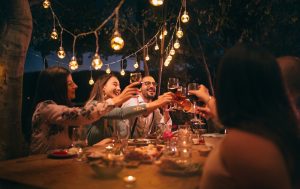