Dublin is well known because of its unique and complete offer of activities to do and places to discover. The capital city of Ireland is characterized by a high level of internationalization, and you can see that meeting people who come from all around the world or having a meal in one of the many restaurants and bars from different countries specialized in typical food. Indeed, if you are walking around the city centre you will very likely face some places who offer you international dishes, like for example Italian food, in Temple Bar, the most iconic neighbourhood in Dublin.

Temple bar is the heart of social life in Dublin: it is a very crowded area full of bar and restaurants, perfect for both tourists and local people. If you are spending your night in Dublin it is very recommended to go there and have a Guinness at The Temple Bar Pub, the most famous pub in the city which was built in 1840, making it being recorded in the National Inventory of Architectural Heritage.

The name of the area was given in the 17th century, when the Trinity College dean Sir William Temple decided to build there his house and garden. In the past Temple Bar was one of the most dangerous neighbourhoods in Dublin as it was populated by criminal, homeless or drunk people ready to attack the people passing by the area. Then the Irish Transport Agency (Córas Iompair Éireann) decided to build there a bus station to try to solve the situation. The attempt didn’t end good because the works for the station have never started as the local people were against removing a big historical piece of Dublin and Temple Bar remained the same dangerous place as before. During the nineties the Irish Government came up with the idea of restoring all the buildings in the area and this encouraged Dublin population to invest money in commercial activities. Thanks to this intervention, Temple Bar became early the area we know today.

Another reason why you should visit Dublin is its incredible offer of green parks located in the city. Phoenix Park is considered the biggest park in Europe thanks to its 700 hectares where local people usually go during spring and summer to rest, read a book or to simply spend time with friends. Inside the park there are different monuments like the Papal Cross, the Wellington Monument and the Deerfield Residence, the official mansion of the American ambassador in Ireland.

Furthermore, the park host the Dublin Zoo, which was built in 1830 and is the fourth scientific zoo in the world. The zoo is so important because it carries important projects for animals conversations. Their mission is to grow animal awareness among people, and that’s why they organize many lessons about the topic.

In addition to The Temple Bar and Phoenix Park there are more places to visit in Dublin like the Saint Patrick’s Cathedral, St. Stephen’s Green or for the beer lovers the iconic Guinness House. 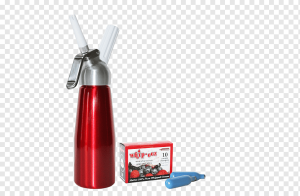 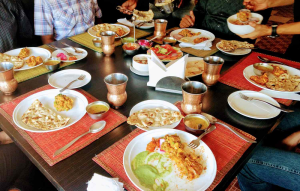 Many people think carrots are always orange. In reality, most of the carrots we see today come from the wild,...